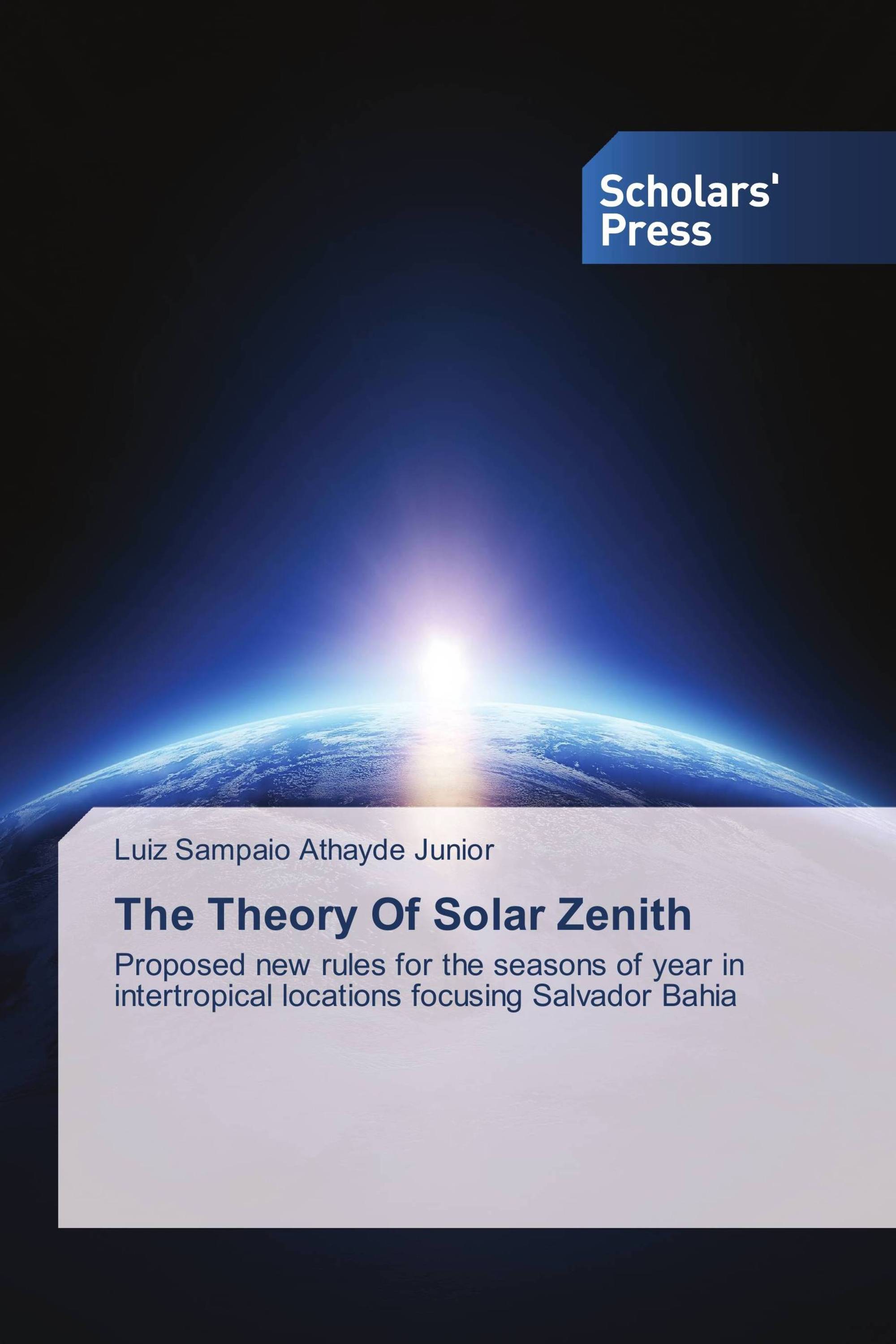 The Theory Of Solar Zenith

This book is the pioneering work in the search for new seasons in tropical locations. It could not have come at any other place than Bahia, land famous for its tourist potential and the greatness and beauty of its shore. Its contents are directed to the whole scientific community, from high school students who already understand the four astronomical positions of the planet Earth, originating the four seasons in temperate zones, to students and researchers of higher education in physics or geography and also for amateur and professional surfers in discussion forums on Astronomy and Astrophysics. As the work suggests the creation of new rules or standards for the seasons between the tropics without simply suggest the elimination of conventions for the issue is of interest also for science educators, Geography and educators in a general way to confront reality Current our teaching by Topic and positions of thinkers of Education, as Freire and Vygotsky. Never before has a book specifically approaches the seasons of the year in detail in tropical location, considering author's knowledge about climate of the city of Salvador. More details visit: www.veraodabahia.blogspot.com.br